Home | News | What the gig economy may mean for your super

What the gig economy may mean for your super

Keith Richards of The Rolling Stones probably wouldn't define the gig economy as a market where buyers and sellers of services and goods are matched or organised through online platforms. This is a definition that the Association of Superannuation Funds of Australia (ASFA) uses in a discussion paper released late last month. 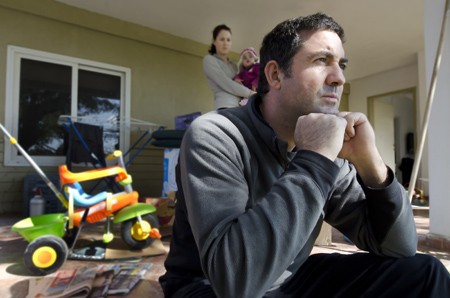 The Rolling Stones, true veterans of the gig economy, first played together 55 years ago, about three decades before the creation of the web.

In the broadest sense, participants in the gig economy work at a series of jobs or tasks – sometimes called a portfolio of work – rather than as part-time or full-time employees. It doesn't necessarily have anything to do with online markets.

Yet in reality, people who earn their livings from doing a number of tasks instead of being full-time employees are increasingly obtaining their work through the internet.

This particular ASFA discussion paper, Superannuation and the changing nature of work, focuses on the more specific definition of the gig economy as involving online platforms that match and organise mainly freelance work, car transport and food delivery.

ASFA estimates that about 100,000 workers or 0.8 per cent of the workforce use web-based platforms to regularly obtain such work, often as independent contractors. And the gig economy is “set to become more pervasive”, expanding into a wider variety of occupations and industries.

No matter whether we are talking about the gig economy in its narrowest or broadest sense, its burgeoning growth means that you, some members of your family or at least someone you know are increasingly likely to join it.

Even those who have spent long working lives as employees for a single employer are much more likely to ease their way towards retirement by joining the gig economy for at least a few hours a week.

And if you work in the gig economy – whether through on or offline arrangements – the impact on your retirement savings is likely to be similar, depending on individual circumstances such as if you are an independent contractor.

From a retirement-savings perspective, the biggest difference with much of the gig economy is that the superannuation guarantee (SG) contributions are not paid for independent contractors and other self-employed individuals.

Employers are, of course, legally required to pay compulsory super contributions to those classified as their employees, again whether working full or part-time (with certain exceptions including for very low-income earners).

Of course, some members of the gig economy are legally classified as employees (depending upon the arrangements and the nature of the relationships) and should receive compulsory super contributions. As ASFA observes, this can be a “legal grey area” in regards to some workers in the gig economy.

In its discussion paper, ASFA raises whether compulsory super should be extended to the self-employed (including independent contractors) and whether the $450-a-month threshold for employee SG contributions should be removed.

While these policy issues are being debated, a pressing issue for the self-employed (whether or not in the gig economy) is to take the initiative and ensure that they are voluntarily saving for their retirement.