Home | News | The good, bad, and potentially ugly for SMSFs

The good, bad, and potentially ugly for SMSFs

“Two hundred thousand dollars is a lot of money. We're gonna have to earn it”  Clint Eastwood said as Blondie in The Good, the Bad and the Ugly, on the work a gang of three were going to have to do to find a hidden fortune. 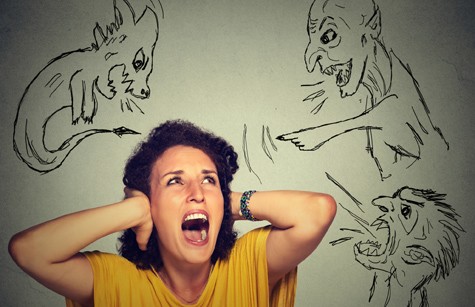 The sector has grown rapidly over the past ten years and while growth in the number of new SMSFs being set up each year has slowed, it remains the largest sector of the superannuation asset pool representing just over 30 per cent of overall superannuation assets in Australia.

Two in five SMSFS now have balances of over $1 million, and the report offers an annual update on how trustees are managing this money, and what their issues and concerns are.

This year there were three notable themes running through the findings – impacts of regulatory change, the demand for advice, and portfolio construction challenges.

Far from the lawlessness depicted in the spaghetti westerns of the sixties, trustees are operating in an increasingly complex regulatory environment.

Impacts of this regulatory change played out in this year’s findings, in particular due to several new rules coming into effect in July 2017.

Portfolio structures are being impacted by the federal government’s introduction of the $1.6 million cap for pension accounts and these changes are seeing SMSFs having to review their portfolios and potentially maintaining assets in the accumulation phase or increasingly looking to invest outside of their fund to address both the risk of exceeding caps and the regulatory uncertainty.

Clearly ‘concerns about regulatory change’ was the biggest challenge cited by trustees in managing their fund this year.

This is likely to become a greater issue in the short to medium term for SMSF trustees with the ongoing Royal Commission into financial services and Productivity Commission’s draft report into superannuation both likely to have considerable impact on the federal government’s policy agenda.

SMSFs who currently work with an adviser are increasingly saying they value their relationship with satisfaction scores on the up. This year 86 per cent of SMSFs rated their adviser good or very good.

Each year, this research highlights areas of advice which SMSFs would like to be able to access but currently are not – these are labelled ‘unmet’ advice needs.

In 2018 almost half of the respondents said they have unmet advice needs – notably in the areas of inheritance and estate planning, tax planning and investment selection.

A major barrier for trustees in seeking advice is the growing belief that costs are too high.

The opportunity embedded within these results is how advisers can better demonstrate their value and justify the investment in advice, in addition to meeting some of the specific technical needs of this sector.

Many fund trustees operate with more sophisticated investment knowledge than they are perhaps given credit for, and by virtue of running an SMSF, they are more engaged than most with their own financial security.

However it shouldn’t be taken for granted that the industry’s interpretation of what constitutes a well put together investment portfolio is the same as the investing publics’.

For the first time this year the survey asked specific questions about both the level of diversification and the understanding of the concept among trustees, with a common concern over the years being that many SMSFs carry higher risk in their portfolios due to a concentration of funds in individual Australian shares and cash.

The survey asked trustees whether they agreed it was important for an SMSF to be well diversified and 82 per cent either agreed or strongly agreed. However, when asked how well diversified their SMSF portfolio is only 54 per cent responded that it was either well or very well diversified.

Digging a little deeper into what trustees considered to be a well-diversified investment portfolio, almost two-thirds thought a portfolio of 20 shares got the job done.

Given that the average SMSF has about 17 shares in their portfolio according to Investment Trends, that answer should not be surprising as it recognises the reality a lot of trustees seem comfortable with.

However, a 20-share-portfolio fails professional tests of diversification and would be classified as a relatively high risk portfolio given, in particular, the concentration of the Australian share market in resource companies and banks.

What was encouraging however from this year's trustee survey was a recovering interest in managed funds and a greater appetite for investing overseas, both of which go towards mitigating some of the risk from the lack of diversification.

A key question that remains for retired trustees is whether they have the appropriate level of diversification and risk protection built into a portfolio now in pension mode, because the impact of unexpected downturns in the domestic economy could be far more dramatic for those with a shorter investing timeframe and without the ability to replenish capital from employment.

This article first appeared in the Australian Financial Review on Tuesday, 3 July