Examining the S in SMSF

One of the great misnomers in the Australian investment scene is that self-managed super funds are actually self-managed. 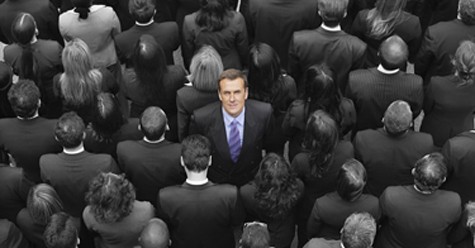 The simple reality is that there is an entire advice industry built around SMSFs – be they traditional accountants, financial advisers, lawyers or one of several SMSF administration platforms.

This makes the provision of quality advice to those Australians who have an SMSF – or those considering setting one up – absolutely critical, if the more than one million SMSF trustees are to achieve the best possible outcome when they retire.

Last month ASIC released a comprehensive report on the quality of advice and member experiences in the SMSF sector.

The 120 page report* will make uncomfortable reading for many in the industry because it calls out a high level of non-compliance with the best interests duty and, in a review of 250 client files by an independent expert, 10% of the files reviewed risked being significantly worse off as a result of the advice they received to set up an SMSF.

A healthy and vibrant SMSF sector is a vital part of our compulsory superannuation system. It provides a competitive alternative to the institutional APRA funds and gives super fund members an effective choice and alternative.

ASIC says that in the right hands “SMSFs can be very effective retirement savings vehicles. In the wrong hands, however, SMSFs can be a high-risk option”.

ASIC's focus was on funds set up in the past five years – so the research sample is skewed to relative newcomers to the sector – and while there are some strong messages for the advice industry on where it needs to lift standards, there are also some red flags that both existing SMSF trustees and those thinking about establishing an SMSF should pay attention to.

ASIC found common issues with the files reviewed centred on the disclosure of costs and risks about the set up and running of an SMSF, advisers not properly considering the client's circumstances or existing super fund and not prioritising the needs of the client.

While the reaction to the ASIC report has naturally been on the negative findings about advisers, the report provides balance by also highlighting case studies where good advice has been both given and acted on by the investor.

It also effectively holds up a mirror to trustees, or would-be trustees, with what perhaps is a challenging reality check around the personal responsibility that comes with the decision to set up an SMSF.

In some of the case studies provided by ASIC, financial literacy among trustees is clearly an issue with some trustees not aware of how their fund is performing, what it costs to operate or even if it has an investment strategy.

The bottom line is that an SMSF is not for everyone. Even someone who has good levels of financial literacy and resources may not be suited to an SMSF and ASIC cites the example of an investor with more than $2 million in super but no time or interest in running their own fund.

That level of personal self-awareness was clearly lacking among some of the SMSF trustees participating in ASIC's research. This raises the question of whether some base level of financial literacy needs to be demonstrated before the keys to an SMSF are handed over.

The stark example in the ASIC research is that 55% of the SMSFs in the research sample had more than half their money invested in one asset type. That level of portfolio concentration risk, ASIC says, means those members may face greater risk in reaching their retirement goals.

Nowhere is the issue of financial literacy more pointed in the SMSF world than on the issue of borrowing to buy property. What ASIC's online and face to face interviews showed is that for some an SMSF has become a happy marriage of convenience between those wanting to access the residential property market and using their super savings to do it.

Now Australian investors' love affair with property is beyond dispute. And the property market has generally been kind, to the point that ASIC found that the surge in prices in recent years particularly in Sydney and Melbourne markets had “created a sense of urgency driven by a fear of missing out”.

But perhaps this is a case of where love of the property market is making investors blind to risks and costs.

The fear of being locked out of the market is clearly playing into the hands of so-called “one-stop property shops”. ASIC's research showed that trustees who had used a property one-stop shop had quite different experiences to those using a financial adviser or accountant.

“After members had made a decision to set up an SMSF with a property one-stop shop they were introduced to related parties such as mortgage brokers, lawyers, insurance brokers, property management companies and property developers,” the ASIC report says.

What was surprising was not how the one-stop shops were operating but rather that the members seemed unconcerned about the potential conflicts of interest, and some even saw that as an advantage.

What is obvious from reading some of the case studies cited by ASIC was that some members didn't know if commissions or kickbacks had been paid to related parties, indeed they were vague about what the total cost of setting up the SMSF and the loan facility had been.

One Sydney case study – Luke – provided a hard-earned lesson for others to heed. He set up an SMSF to buy a property in Queensland after a cold call from an adviser and a related accountant. He found costs of buying the property were higher than he anticipated and costs of running the SMSF higher than he expected. He is now attempting to sell the Queensland townhouse for $22,000 less than he paid for it and his overall loss will be around $70,000.

In retrospect Luke admitted he should have done a lot more research.

Perhaps the only consolation for Luke is that judging by the ASIC research he sadly is not alone.

And while the financial advice industry has much to do to improve its level of professionalism, the trustees of SMSFs have to also take personal responsibility for both the decision to set up the fund, and for its investment decisions.

You certainly do not have to manage everything to do with an SMSF yourself, but if you are not prepared to spend the time understanding the costs of running an SMSF, setting an investment strategy and monitoring its performance, then you should seriously question whether an SMSF is the right retirement savings vehicle for you.

* Report 575 SMSFs: Improving the quality of advice and member experiences.

This article originally appeared in Cuffelinks on 26 July 2018