The ‘synchronised global growth’ narrative appears to be over as trade tensions between the US and China look set to worsen, says Moody’s Investors Service. 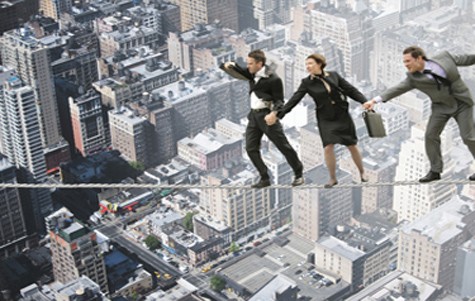 “Growth prospects for many of the G-20 economies remain solid, but there are indications that the synchronous acceleration of growth heading into 2018 is now giving way to diverging trends,” the report said.

While most advance economies remained “broadly resilient”, developing economies were experiencing some “weakening … in the face of emerging headwinds from rising US trade protectionism, tightening external liquidity conditions and elevated oil prices”.

Moody’s outlook on the trade tensions and its impact on global growth have worsened since its last quarterly outlook update, the report pointed out.

Trade disputes between the US and the EU were also noted, but the US-China trade spat was most at risk of worsening.

“Of all the disputes surrounding trade, it is the trade relationship between the US and China that is presently most at risk of a significant deterioration in 2018.”

The impact of the tariffs will be felt more fully in 2019, according to the report – with much of the impact to “depend crucially on the resilience of sentiment”.

“Tightening of financial conditions through asset price and currency adjustment and a broader hit to business and consumer confidence are now more likely than a few months ago.”

The report described the impact of the tariffs currently in place – 10 per cent on $200 billion worth of Chinese goods – as “likely [to] be manageable”, and partially offset by movements in exchange rates.

But if the proposed tariffs – 25 per cent on $200 billion worth of Chinese goods – came into effect, we would see a rise in the prices of consumer goods in the US.

“The implementation of these measures would signal a significant escalation in the trade war and could have a lasting impact on both the US’ economic and diplomatic relations with China.

“A move in this direction could be considerably damaging to global growth, not only through the global trade value chains, but also by injecting a high degree of uncertainty, dampening investment and pulling down asset prices globally,” the report said.

“In a stress scenario, a material fall in asset prices and a significant hit to confidence, recession outcomes in the US are possible.”

Greater policy uncertainty and deteriorating diplomatic relationships would cause the private sector to also feel the “knock-on effects” of the 25 per cent tariffs, bruising business and investor sentiment and creating more headwinds to “the rebalancing efforts in which the private sector has an important role”.

Moody’s has revised its 2019 GDP growth outlook for both US and China to 2.3 per cent and 6.4 per cent respectively.

For developing economies – Turkey, Argentina and Brazil in particular – “external headwinds” would put pressure on these “already fragile economies”.

There were three factors affecting the global economy’s cyclical outlook, it said: