It's a number that can only be described as mindboggling: $400 million a day. 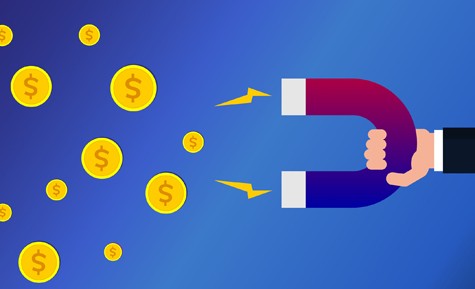 That's the total amount of money that has been withdrawn from Australia's retirement savings system under the federal government's special early release measure since it became effective in late April.

From 20 April, individuals financially affected by COVID-19 have been able to apply online through the myGov website to access up to $10,000 from their superannuation account tax-free this financial year.

So far, around 1.1 million Australians have collectively withdrawn close to $12 billion in superannuation – with an average withdrawal amount of about $8,000 according to the Australian Tax Office.

Superannuation funds, particularly the industry funds with large membership bases covering workers in the hard-hit hospitality and retail sectors, have been flooded with withdrawal requests.

The vast bulk of those requests have been from individuals with less than $10,000 in their accounts, with another sizeable proportion of applications coming from people with less than $20,000 in super.

In the context of Australia's total superannuation system, which is managing almost $3 trillion in assets on behalf of members, the amount that has been withdrawn to date represents less than 0.5 per cent.

However, the volume of superannuation money being taken out of the system is climbing day by day.

There is still over a month until the end of this financial year, and then a second tranche of the superannuation withdrawal measure comes into effect. Individuals who have been made redundant, or who have lost 20 per cent or more of their regular income, can access $10,000 of their superannuation from 1 July until 24 September, 2020.

In many cases, applications are likely to come in from the same individuals who withdrew $10,000 of superannuation savings before 30 June.

As we've detailed in previous articles, the cost of accessing superannuation early primarily comes down to the forsaking of future compound returns.

For someone close to retirement, let's say less than 10 years away, the net returns cost of pulling out savings early won't be as great as for a younger person.

Our Investment Strategy Group recently did some calculations based on a balanced multi-asset managed fund containing a mix of equities and fixed income, with an average net return of 6 per cent per annum.

It's still very early days, but there's already discussion in financial circles around the need to entice individuals in the post COVID-19 environment – especially those who have withdrawn superannuation – to replenish their retirement savings incrementally over time through additional concessional contributions (taxed at 15 per cent).

This discussion is being framed into the wider debate around the ultimate purpose of superannuation, which is enshrined in the Superannuation (Objective) Bill 2016 as “to provide income in retirement to substitute or supplement the Age Pension”.

Last September the federal treasurer announced an independent review into Australia's retirement income system, with the final report from that Retirement Income Review due to be provided to the government by June.

The longer-term consideration for individuals who have needed to withdraw superannuation because of the COVID-19 crisis is perhaps around developing a savings plan for further down the track, once they are in a more stable employment position.

Which could involve allocating small amounts of earnings back into superannuation over a long period in addition to the compulsory employer-paid Superannuation Guarantee levy contributions.

There are also much more generous rules in place now around making larger superannuation contribution catch-ups, well beyond the standard annual limitations.

In our recent article Do your investment goals stack up?, we pointed to the importance of having a financial plan and the need to reassess one's goals when unforeseen events occur, such as those currently being experienced.

In the current environment, the need for having a long-term financial plan that incorporates having adequate retirement savings in place is arguably more than important than ever.