The ATO has maintained its good-faith approach to the accounting of cryptocurrencies, though it isn’t expected to last much longer, says a national tax and accounting network. 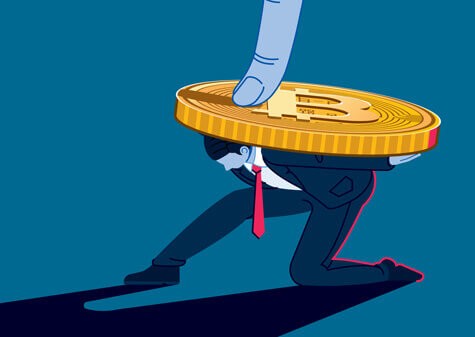 Speaking to Accountants Daily, H&R Block director of tax communications Mark Chapman said that now is time for those involved in cryptocurrencies to pay attention to the “tax side of things”, before the ATO ramps up enforcement of undeclared crypto assets.

“I think the first thing to say is that the ATO has, within the last year or so, started gathering data from cryptocurrency exchanges, the actual providers,” he said. “As a result of that, I think the ATO now has a much better understanding of who’s involved in this market.”

While the ATO has been expected to ramp up auditing around cryptocurrencies for the past three years, and hasn’t, its “light touch” isn’t expected to last much longer.

The ATO first showed signs of cracking down on compliance in March last year, when an undisclosed number of letters were sent to taxpayers, warning them to come clean with their capital gains or losses.

“Quite a few clients and non-clients have received these letters from the ATO, flagging that there’s a mismatch in their data,” Mr Chapman said. “And I think that’s prompting a lot of people to come in to see their tax agent, or maybe to see a tax agent for the first time if they’ve been doing it themselves.

“But I’m not convinced that [the ATO’s light-touch approach] will necessarily last forever.

“I think, as the data comes in, as the ATO has a greater awareness of how many people are in this space, they will start to take a slightly firmer line.”

Getting a handle on the crypto landscape

As cryptocurrencies become increasingly embedded in the mainstream, Mr Chapman said, one of the biggest challenges in accounting for them has been that some investors may not know that they need to disclose crypto assets to their accountants.

“I think a lot of advisers need to educate themselves in relation to this as well,” Mr Chapman said. “They need to make sure that when they’re speaking to their clients, they’re asking the question, you know, ‘Have you been involved in buying and selling, or investing in cryptocurrencies over the course of the past year?’”

Though, beyond prompting their clients to disclose their crypto assets, practitioners should see this period as a “warning flag” and familiarise themselves with how cryptocurrencies “actually work”, before the ATO moves forward with compliance action.

“Just getting that understanding of where they fit into the overall picture of people’s investments,” he said. “When you get down to it, the basic tax rules are pretty much the same as they are for other forms of investments.

“[Practitioners] need to understand how to treat cryptocurrency transactions, and maybe compare that to the way other types of transactions are treated, and really get a handle on the kind of records that people have in relation to cryptocurrencies.”