Deloitte has outlined behaviours that typically do not pass the “sniff test” and can alert the ATO to potential non-compliance or suspect SMSF transactions. 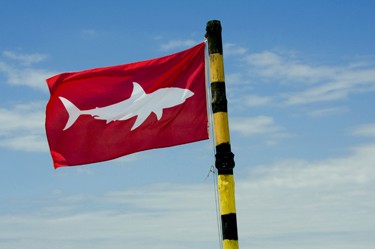 As the SMSF auditing process becomes increasingly automated, focusing on “gut” instincts is where auditors can and should be applying their skill set to produce better outcomes for clients and the ATO, according to Deloitte’s SMSF audit leader Jo Heighway.

“We’re automating so much of the mundane testing now that it’s really important for auditors to be using their gut a lot more,” Ms Heighway said at the SMSF Association’s national conference in Melbourne.

Classic red flags for auditors, and ultimately the ATO, are often issues which simply “don’t seem right” when a fund’s story is looked at from a big picture perspective, Ms Heighway said.

For example, lack of documentation is a classic trigger for auditors, particularly given the ease of access to documentation today.

“Sometimes you’ll find a client has very little documentation where it’s very obvious that they should. For example, if they have shares in an unlisted company, there should be share certificates or share transfer forms,” Ms Heighway said.

“If things like that are missing, it’s an indication that things are not in order.”

Property is another area where missing documentation doesn’t pass the “sniff test,” Ms Heighway said. This particularly applies to holiday rentals, such as Airbnb.

“Trustees, in some cases, are using websites to find renters, and often the documentation trail there is poor, particularly if they can’t identify who is staying there,” she said.

Other behavioural triggers that also alert an auditor to suspect activity is a trustee’s story changing throughout the audit, slow replies to the auditor and “most obviously”, a request to withdraw.

“This is where having a good solid relationship with the client is really important. Have that honest conversation about what is causing the concern to try and move forward,” Ms Heighway said.

She stressed that auditors should not approach an audit with a ‘guilty until proven innocent’ frame of mind, but rather be open with clients and stress that auditors are not out to create notices of non-compliance and are seeking to help clients remain compliant.

“To get the best outcome, the client has got to be really comfortable with you,” Ms Heighway said.