Home | News | Understanding the dangers with downsizing and super

Understanding the dangers with downsizing and super

There are often upsides and downsides in any piece of legislation, especially when it comes to superannuation. 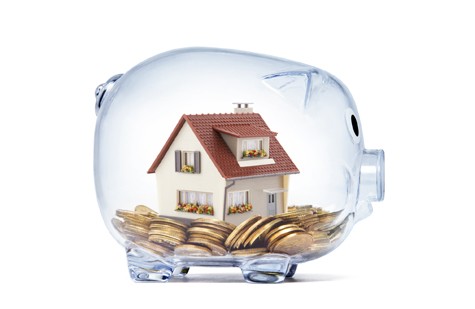 That's the case with the Federal Government's “downsizer measure” announced in the 2017-18 budget, which came into effect on 1 July, 2018.

On the surface, there are significant upsides for individuals and couples wanting to top up their superannuation accounts either in retirement, or just before.

The measure allows individuals aged 65 years old or older, who meet specific eligibility requirements, to contribute up to $300,000 into their superannuation using the proceeds from selling their home. Couples can contribute up to $600,000, and a downsizer contribution can still be made even if one's total super balance is higher than the Government's mandated $1.6 million pension transfer balance cap.

There are various rules around the legislation, including that the home sold must have been owned for at least 10 years, and contributions into superannuation need to be made within 90 days of receiving the proceeds from the sale.

To put some context around this article, we contacted the regulator of the downsizer legislation, the Australian Tax Office (ATO).

Since coming into effect 18 months ago, neither the Government nor the ATO has published data on how often the home downsizing measure has been accessed. However, the ATO has advised that, as of 17 January, 2020, it had received $2.19 billion in downsizer superannuation contributions on behalf of 9,429 individuals.

But the regulator adds that, as its data is based on individual contributions, and there can be multiple superannuation contributions made for the same home, for example from a husband and wife, it does not have data on the number on homes sold since the legislation was introduced.

Based on the aggregated numbers, the downsizer measure is proving popular for some retirees. Adding more than $200,000 in additional contributions into superannuation by freeing up equity from a home, and which will generate tax-free income for those in pension phase, can go a long way to funding one's needs in retirement.

Yet, it's also important for individuals and couples considering the downsizer measure to fully understand the potential downsides of downsizing.

Having enough money in retirement to maintain a comfortable lifestyle is obviously an aspiration for most Australians.

Longevity risk – the risk of running out of money in retirement – is a clear danger for many.

Yet, while the home downsizing measure may seem attractive for those aged over 65 wanting to get more into their superannuation or pension account to offset longevity risk, it also presents potential financial risks.

Those risks primarily relate to eligibility for a full or part Age Pension, because a large cash injection into a superannuation account may result in a breach of the assets test rules.

Consider that the family home is an exempt asset when calculating entitlements for the Age Pension, while all other assets outside of the home including superannuation are taken into account.

Under what's known as the taper rate, Age Pension entitlements are reduced by $3 per fortnight for every $1,000 in assets over the Government's asset test thresholds.

The current assets test limits are shown in the table below.

The problem is that, in the current environment of record low interest rates and forecasts of lower investment returns for longer, some retirees could find that they are actually worse off.

Once an individual or couple breach the limits for the full Age Pension, their fortnightly payments will gradually reduce using the taper rate. Those on a part pension could find their payments cease altogether if they move above the maximum thresholds.

So, even with a higher superannuation balance as a result of their home sale, their total income stream could be less than what they received when they qualified for a full or part Age Pension.

Look before you leap

Using the data provided by the ATO, where the average downsizer superannuation contribution has been around $232,000, it's likely that some of the individuals and couples that have taken up the measure will have breached the maximum assets test levels.

What's most important for individuals and couples considering the downsizer measure is to review your personal circumstances to determine if it is going to work for you financially.

Do the numbers stack up? Keep in mind that any additional tax-free superannuation income earned in pension phase may be completely offset by a loss of Age Pension income if you breach the assets test rules.

For those wanting to downsize, how your home proceeds are reinvested, to maximise investment returns in retirement, is key.

It's therefore essential to seek out professional financial advice before proceeding, especially with respect to social security means testing.